We value your privacy! We use cookies to enhance your browsing experience, serve personalized ads or content, and analyze our traffic. By clicking "Accept All", you consent to our use of cookies. Read More » 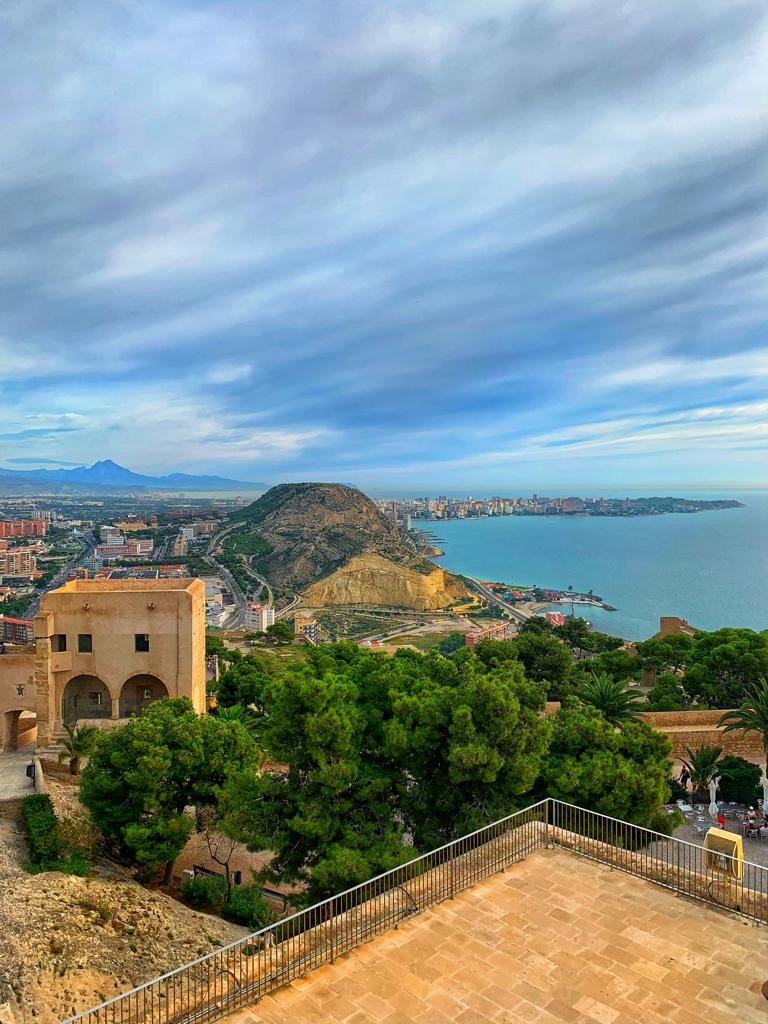 Alicante is rich in various cultural places, including exhibition centers, various small and large museums. What makes museums in Alicante interesting and famous is their fine arts and ceramics expos, exhibitions of archeological artefacts, bullfighting shows, and so on.

Alicante has a rich history. Its first settlements were established by Iberian tribes, and then the city was under the rule of Greeks, Romans, Muslim, and Christians successively. Consequently, the museums in Alicante expose artefacts of all historic periods. Further in the article we present some snapshots of the most prominent and popular museums one should ultimately visit while staying in Alicante.

Santa Barbara Castle in Alicante is located on the top of rocky Mount Benacantil 167 meters above the sea level. This medieval fortress is the largest in Spain that had a strategic value with its defensive cannons for Alicante since you can view the whole city and all its surroundings. The Castle of Santa Barbara is spacious and presents several distinct areas - la Torreta, el Macho del Castillo from which you can have a 360-degree view at the city and the bay, spacious Salón Felipe II (Felipe II Hall), and Plaza de Armas (Weapons Courtyard). Also, the Castle hosts the Museum of the city of Alicante - Museo de la Ciudad de Alicante (MUSA) – that will take you on the journey through the history of Alicante. MUSA exhibits archeological and ethnological artefacts and remnants, heraldry, tombstones, and other historic expositions. 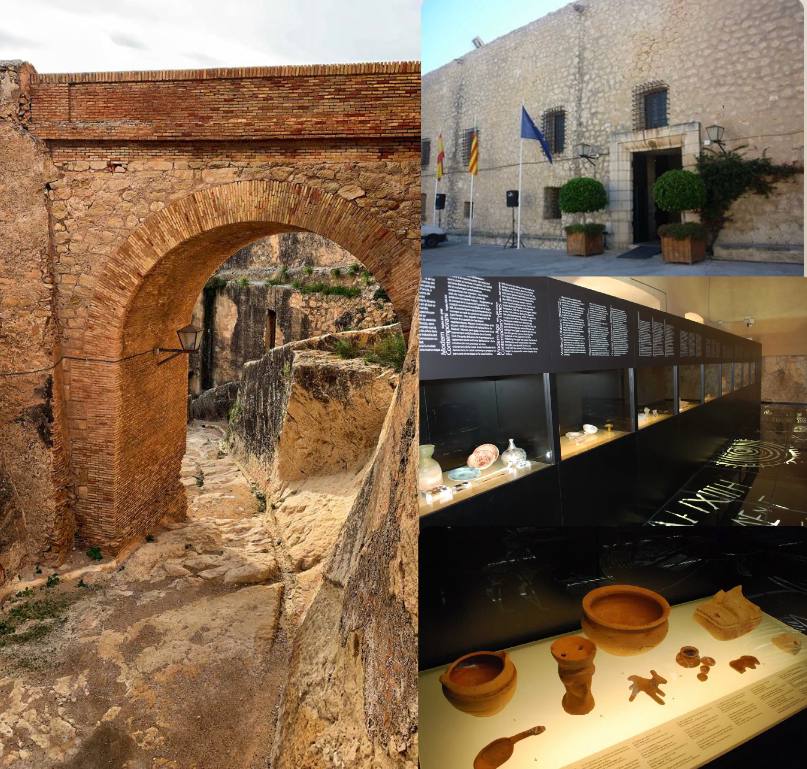 Some of the Exhibitions in MUSA

1. Engineers Corps Building. This area serves as Information Center for visitors as well as exhibits archeological remnants accompanied by audiovisual presentation of Alicante’s history streamed on a big screen.

2. Old hospital. This area presents the exhibit “Alicante Traspasada de Mediterráneo” – “Alicante transfused with the Mediterranean”, which provides corresponding connection accompanied by the exposition of ethnological and archeological showpieces.

3. The Long Room presents the exhibition called “Stories and people”. The hall ends with the old medieval gate that leads to the fortress of the Santa Barbara Castle.

4.  Cuevas de los Ingleses or the Mine Room presents the exhibition “The explosion of the mine”, which is dedicated to the event that happened during the War of Succession in 1701–1713.

5. The Old Dungeons presents the exhibition of recreated torture machines that were used in Spain earlier in history. The dungeons are under the Weapons Courtyard (Patio de Armas), and since they can be accessed only via narrow staircase, they can be visited only within a guided castle tour.

Those are the first exhibitions that were first opened in 2011 in the MUSA, while later about 10 more exhibition halls with insightful exhibits were presents. You can visit any or all of the exhibitions during working hours from 10 a.m. to 6 p.m. Monday through Sunday. 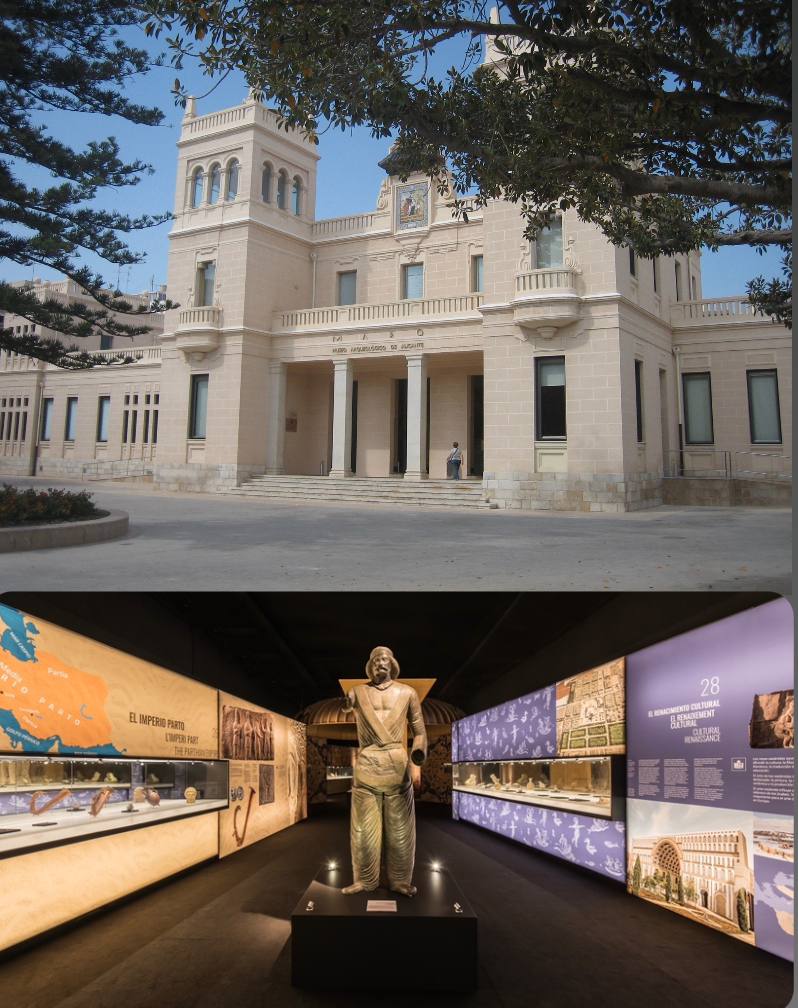 Museo Arqueológico Provincial de Alicante was established on the premises of the old hospital of San Juan de Dios in 1932. It uses the area of 9000 m2 and exhibits 80000+ archaeological pieces that date back to times from the Stone Age to Medieval Ages. Particularly interesting item to see is the Lady of Guardamar, which was found in Cabezo Lecero – an ancient Iberian settlement.

MARQ is divided into two distinct areas that will take on the journey from the ancient prehistoric times through Medieval Ages to the Contemporary times. The Museum has eight galleries that are themed and connected based on chronological continuity. 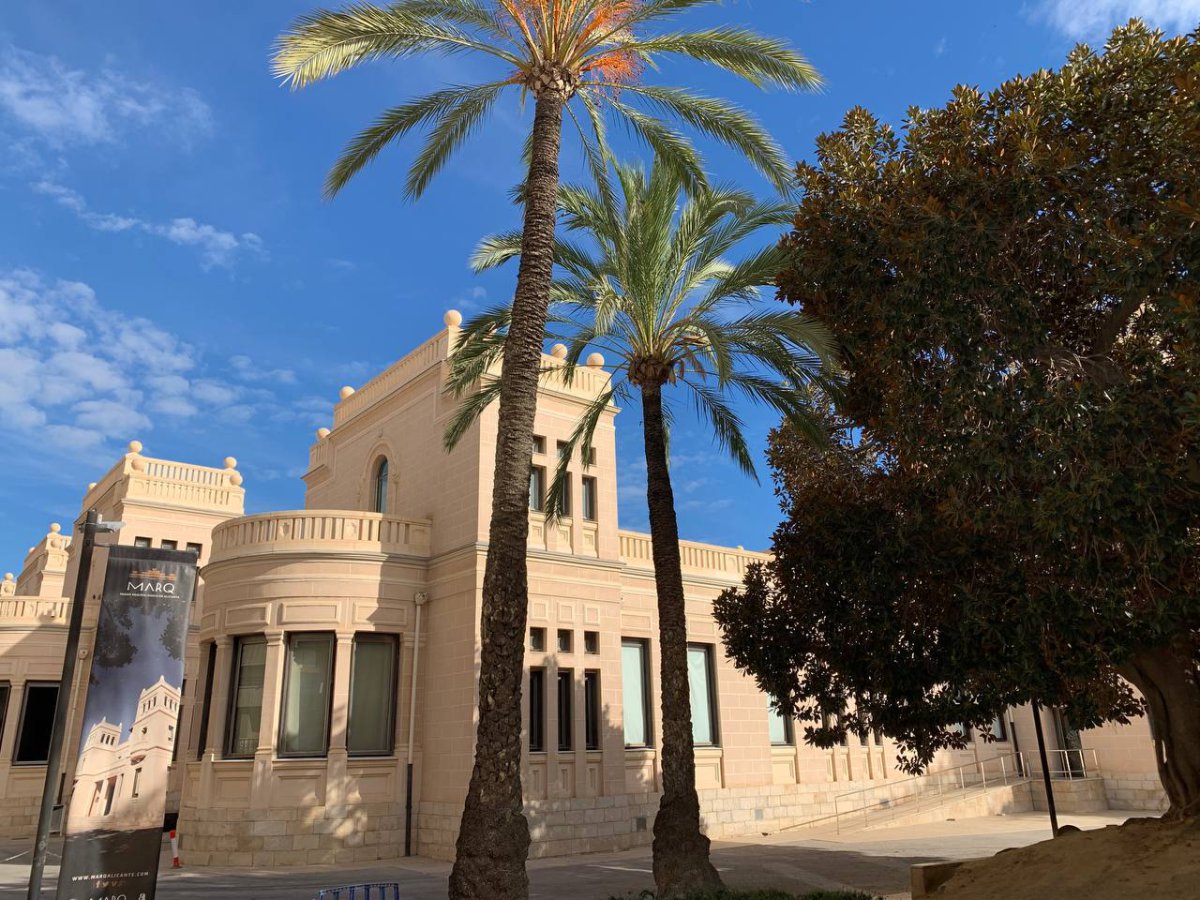 Due to spectacular interactive exhibitions MARQ museum won the European Museum of the Year Award in 2004, which only adds to the pros for visiting it while staying in Alicante. Thus, you can make a visit here any time from 10 a.m. to 7 p.m. Tuesday through Friday, and from 10 a.m. to 2 p.m. on Saturdays. Mondays are days off. MARQ’s address: Plaza del Doctor Gómez Ulla, S/N 03013, Alicante. 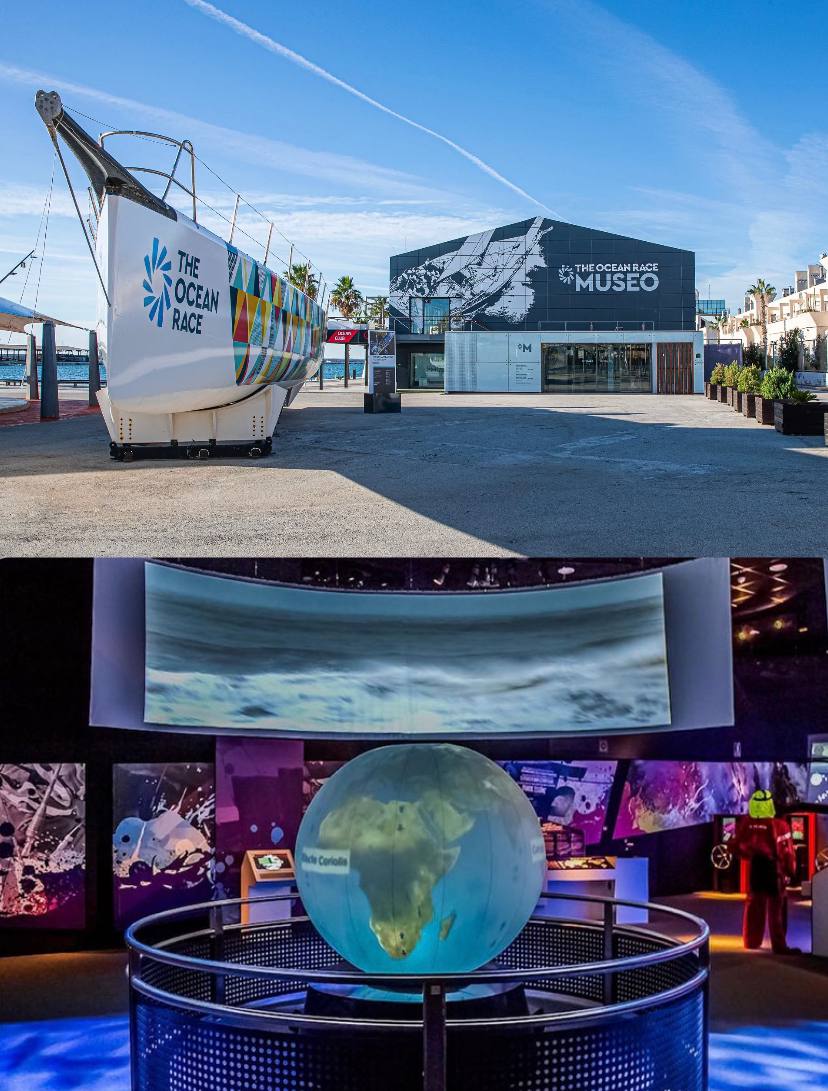 Museo the Ocean Race was established to recognize the world’s largest yacht race, which first was called Whitbread Round the World Race and then Volvo Ocean Race to recognize the major sponsors of the competition. In 2019, the race and the Museum were renamed to emphasize the event – The Ocean Race Museum. The museum is located on the premises of the Old Maritime Station of Oran in the port of Alicante and occupies the two-floor building of about 1,300 m2. The Ocean Race Museum presents an interactive exhibition that allows discovering the maritime world, learning about the ecosystems in the ocean, seeing navigators, and taking a trip through the history of the toughest and longest regatta since its inception in 1973. 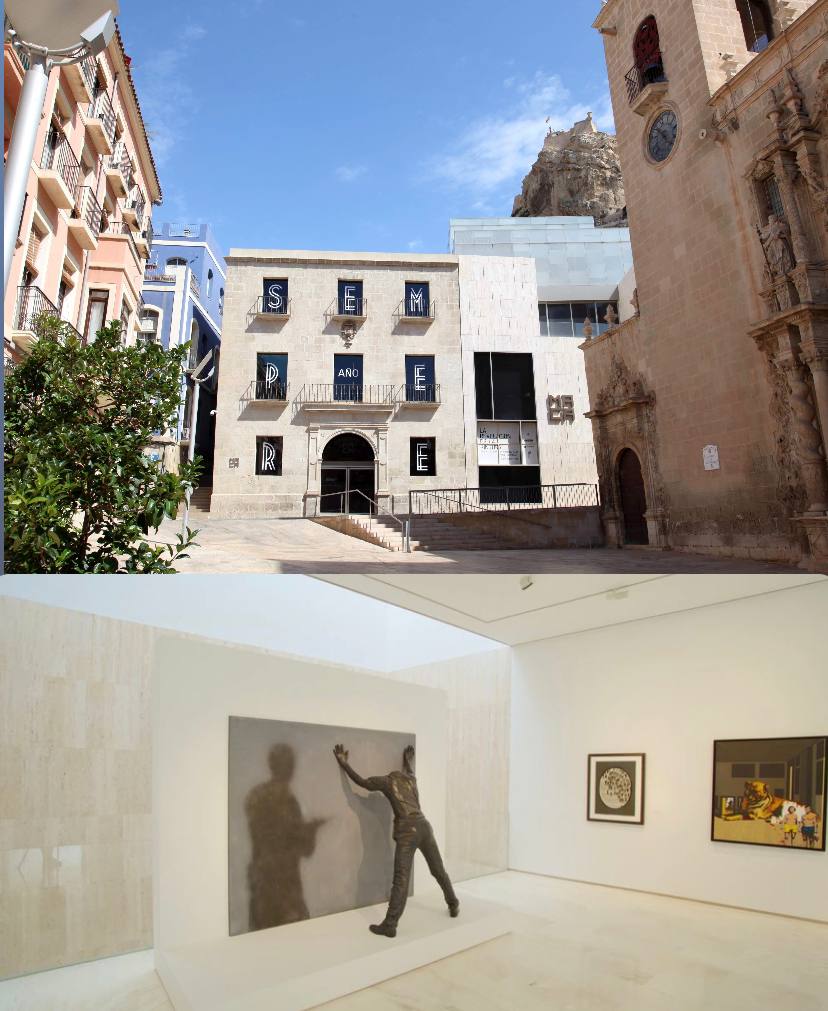 Museo de Arte Contemporáneo de Alicante (MACA) is housed in the oldest civil building of Alicante, Asegurada, which dates back to 1685. The MACA was opened in 1976 thanks to the artist Eusebio Sempere. After the renovation in 2011, the museum displays three permanent collection that consist of 800+ artworks that are rotated every 3-4 months. The 20-th century artists whose works are exhibited in the museum include Chillida, Dali, Tapies, Juan Gris, Gargallo, Picasso, Chagall, Vasarely, Agam, and others. 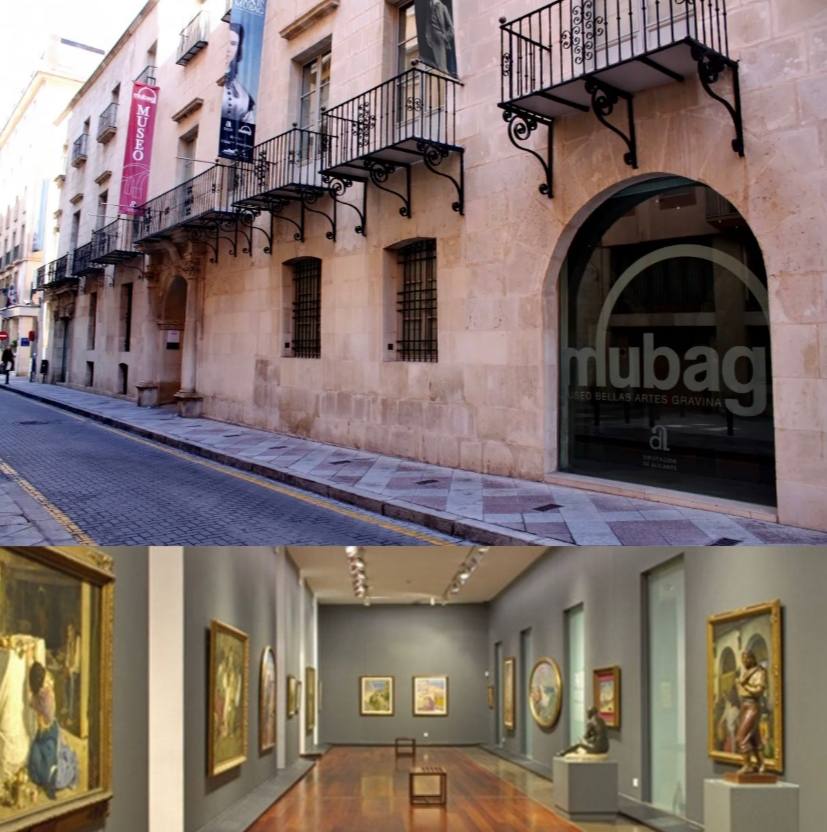 Museo de Bellas Artes Gravina (MUBAG) displays the works of fine arts that come from Alicante region and date back from the 16th century and up to the first half of the 20th century. The collection counts 500+ art pieces, including Vicente López Portaña’s portrait of Ferdinand VII and Francisco Salzillo’s sculptures. Each painting exhibited in the museum has a QR code that allows visitors to learn more about corrsponding piece of artwork.

The Gravina Museum of Fine Arts is housed in the four-storey building of the Conde de Lumiares’ palace that was built between 1748-1808. The address to visit it is Gravina str. 13 and 15, 03002 Alicante, which is near El Postiguet. The museum working hours are from 10 a.m. to 8 p.m. on Tuesdays through Saturdays and from 10 a.m. to 2 p.m. on Sundays and holidays. It doesn’t work on Mondays all year round. Anyone can visit the Gravina Museum of Fine Arts free of charge. 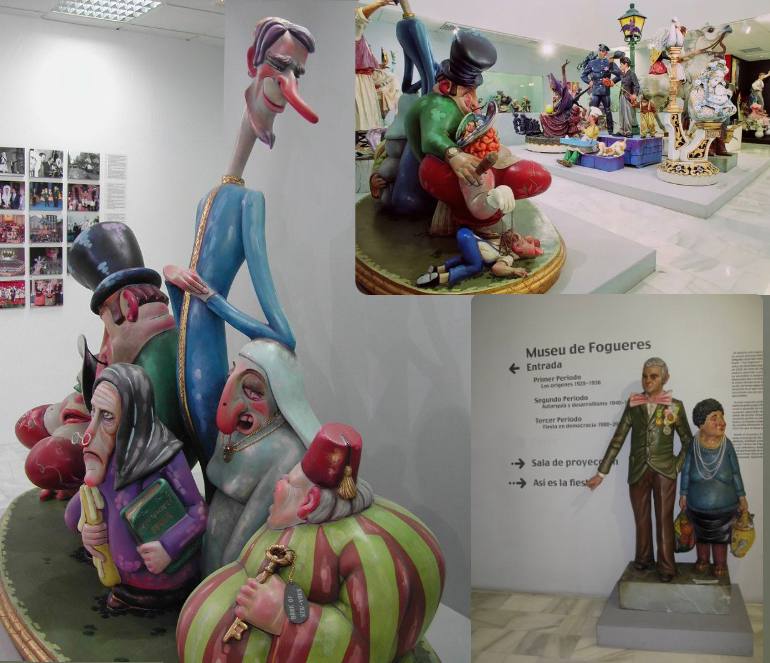 Museo De Las Hogueras is a museum dedicated to the festivities that are held on St. John’s Day. There is a tradition that local artists make various statues that are burned during on the holiday eve. However, each year one statue is saved from burning on bonfire and then placed in the museum. Also, visitors can see collections of works from local photographers and artists as well as collection of traditional costumes. Visitors can also enjoy a story-telling exhibition in the audio-visual hall. 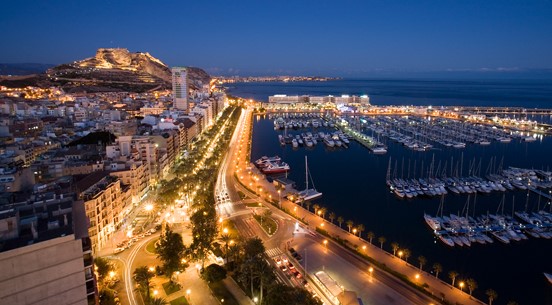 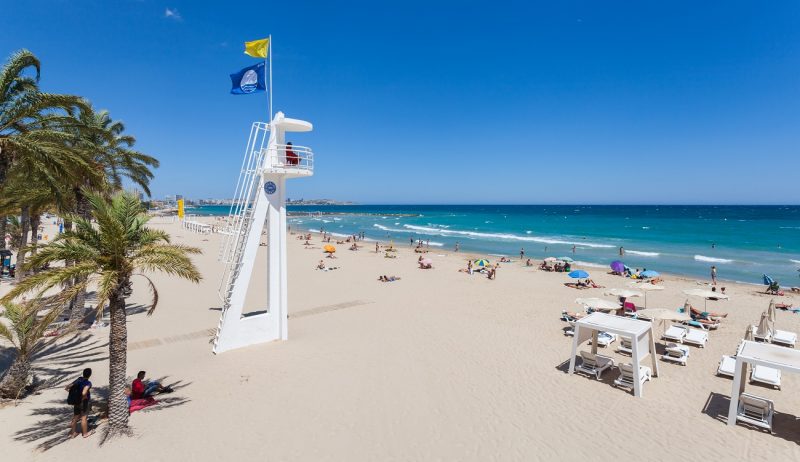 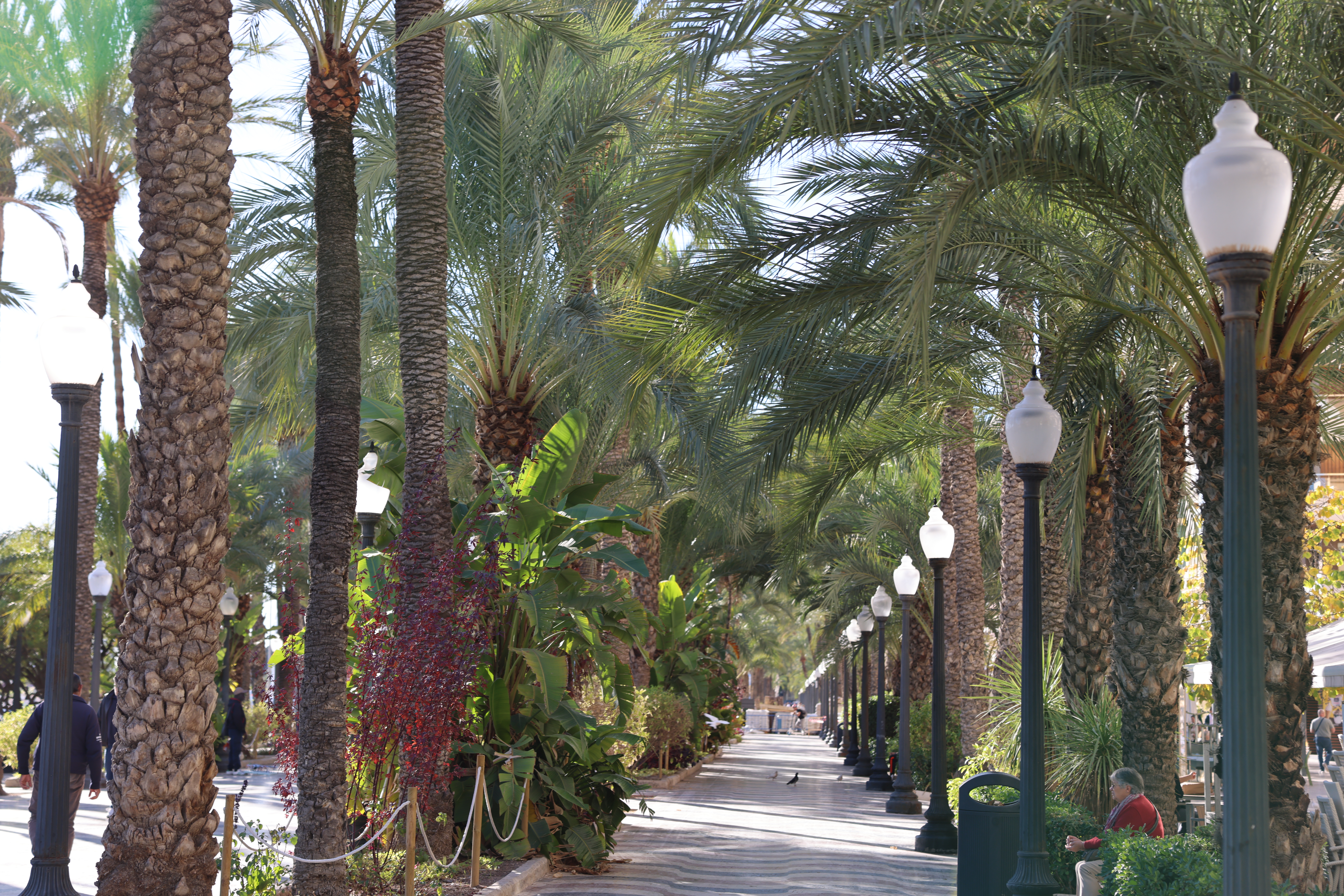 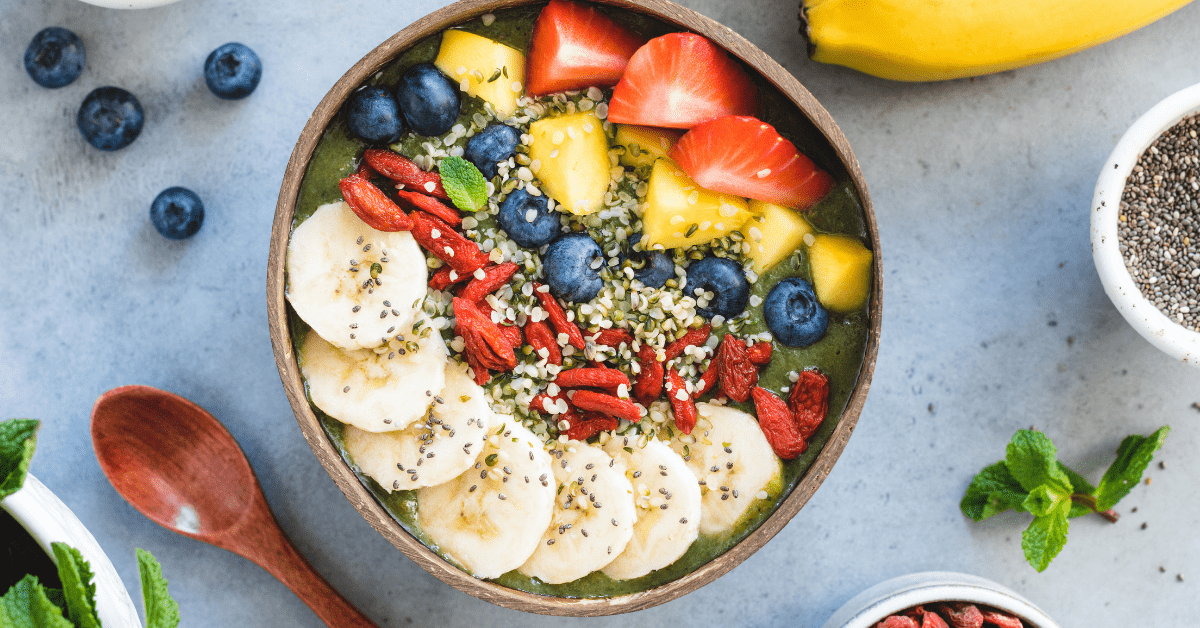 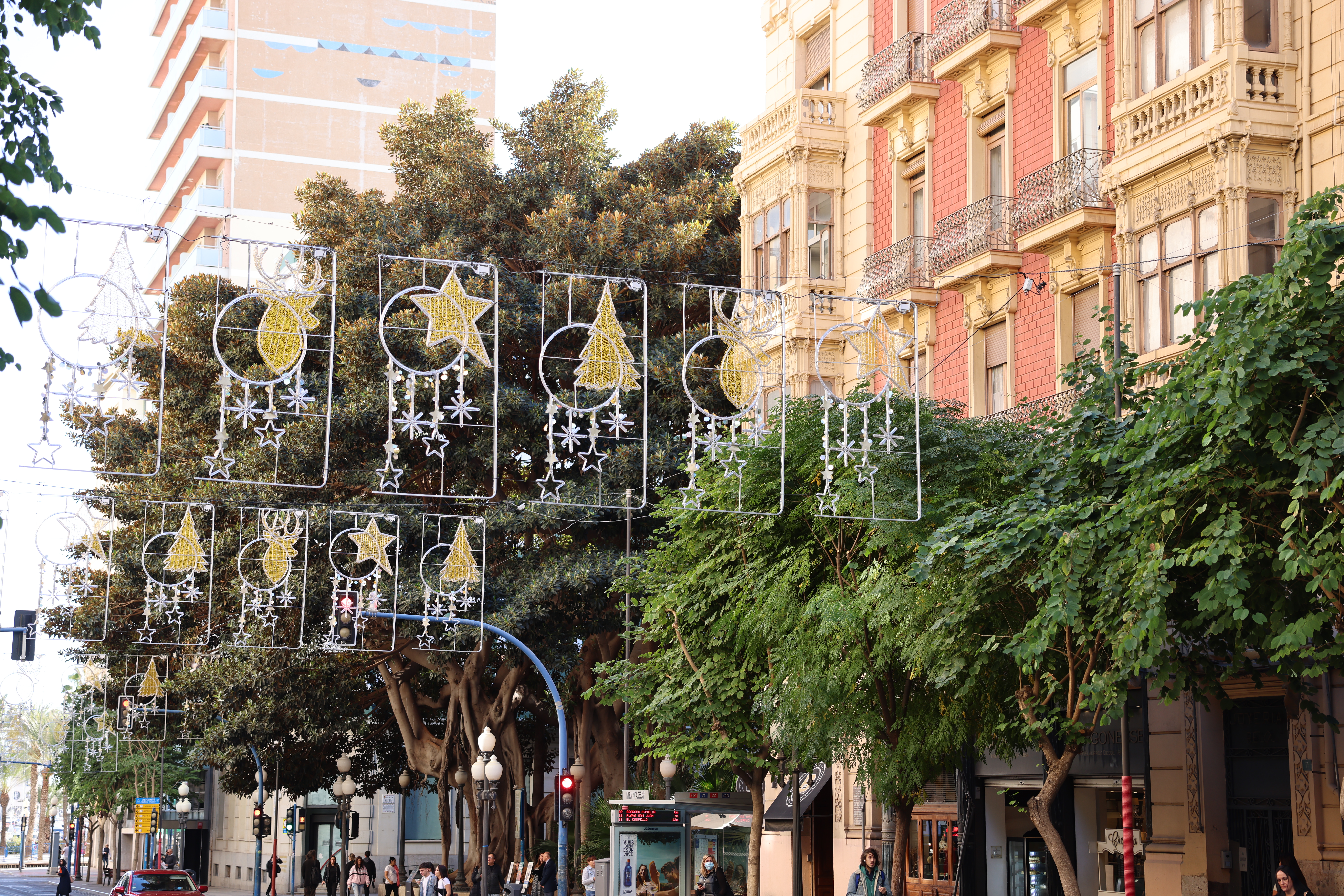 CELEBRATING CHRISTMAS IN SPAIN: TRADITIONS AND THINGS TO DO 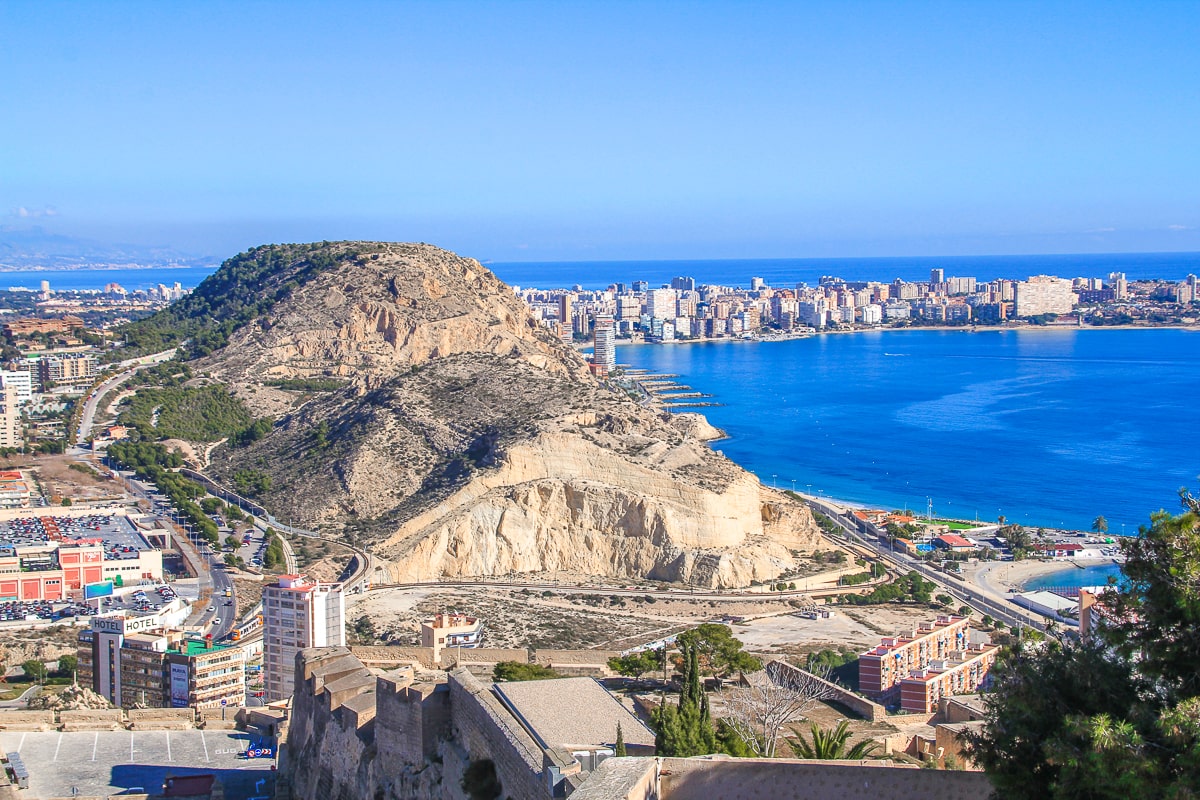 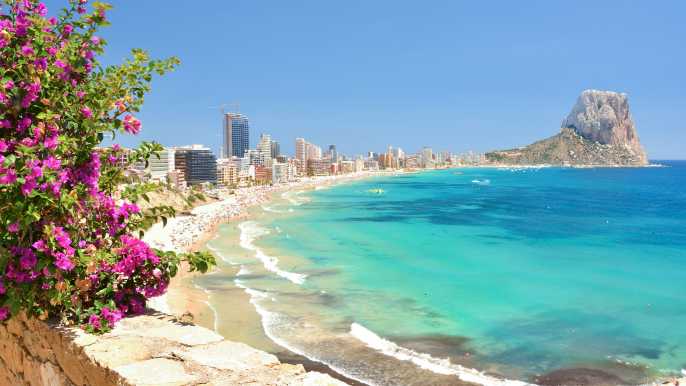 Costa Blanca - Top 5 picturesque towns to visit during your holiday 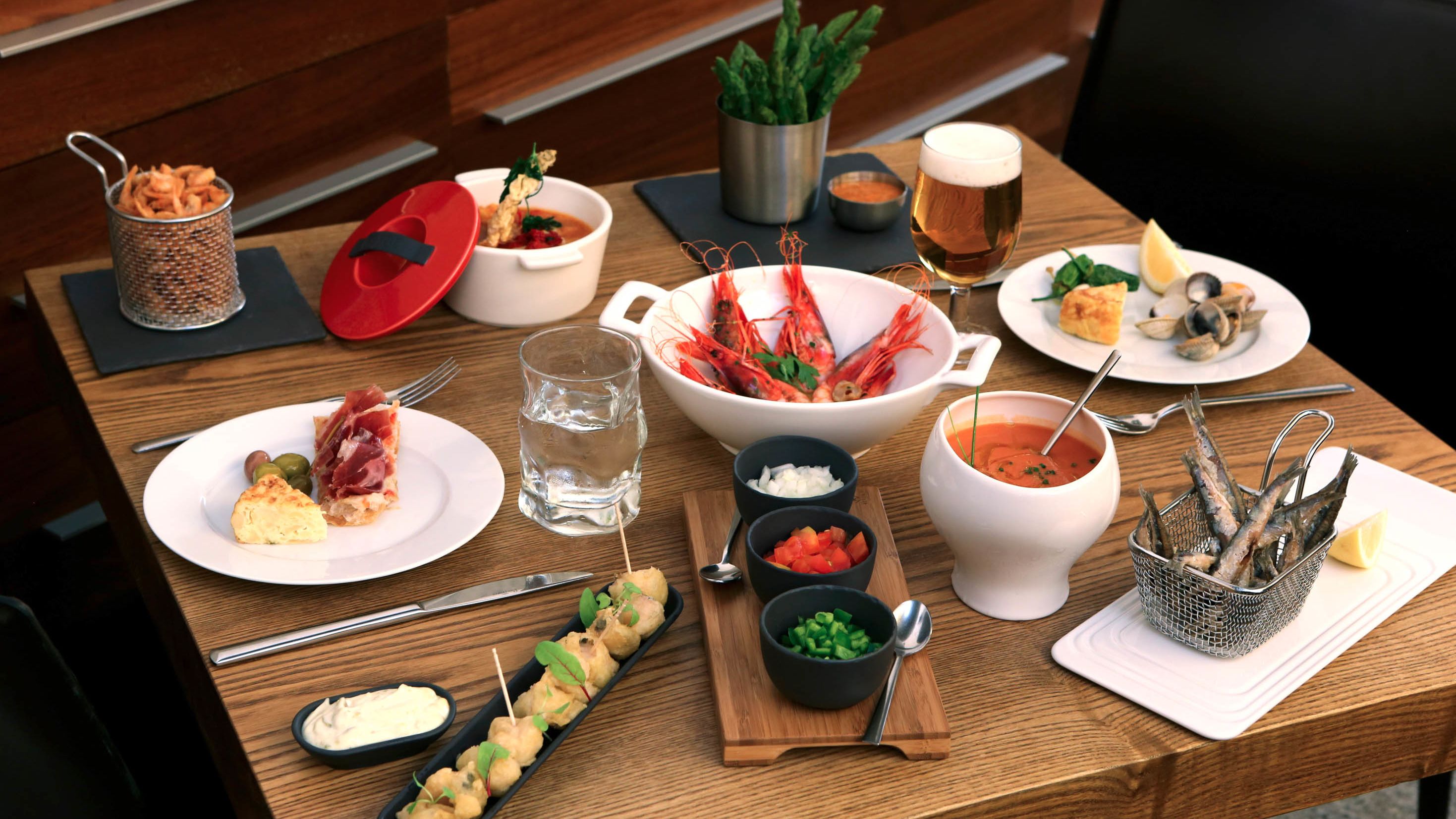 Where to eat: THE BEST RESTAURANTS IN ALICANTE 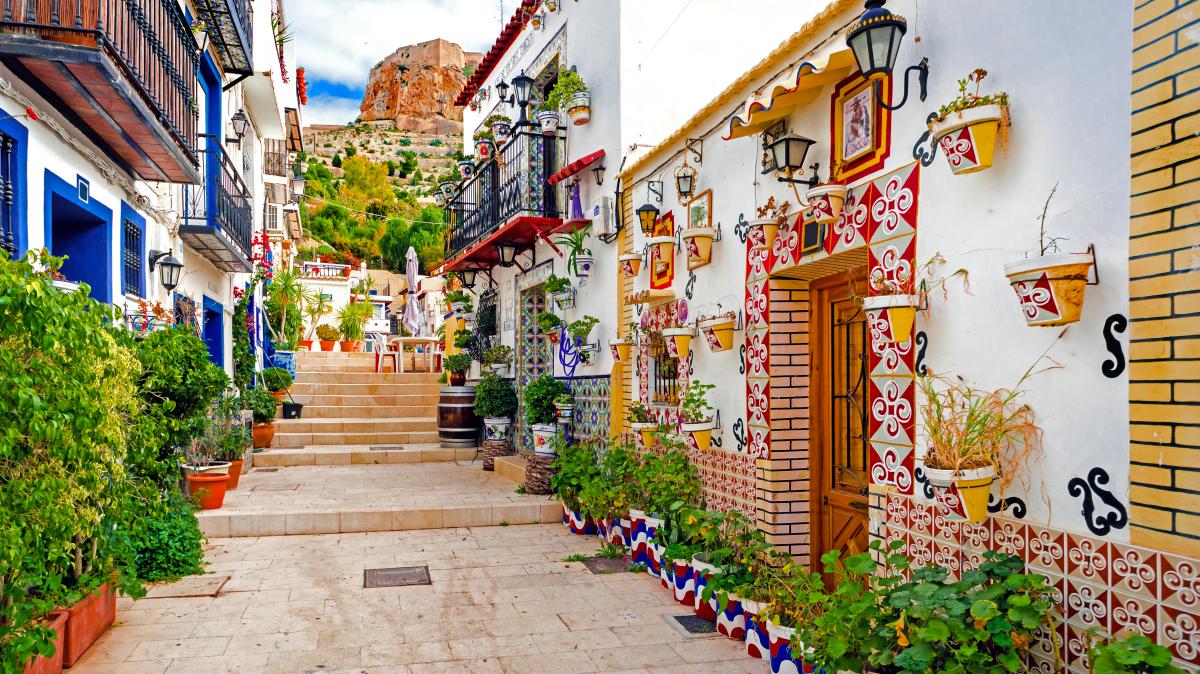 TOP ATTRACTIONS to visit in Alicante 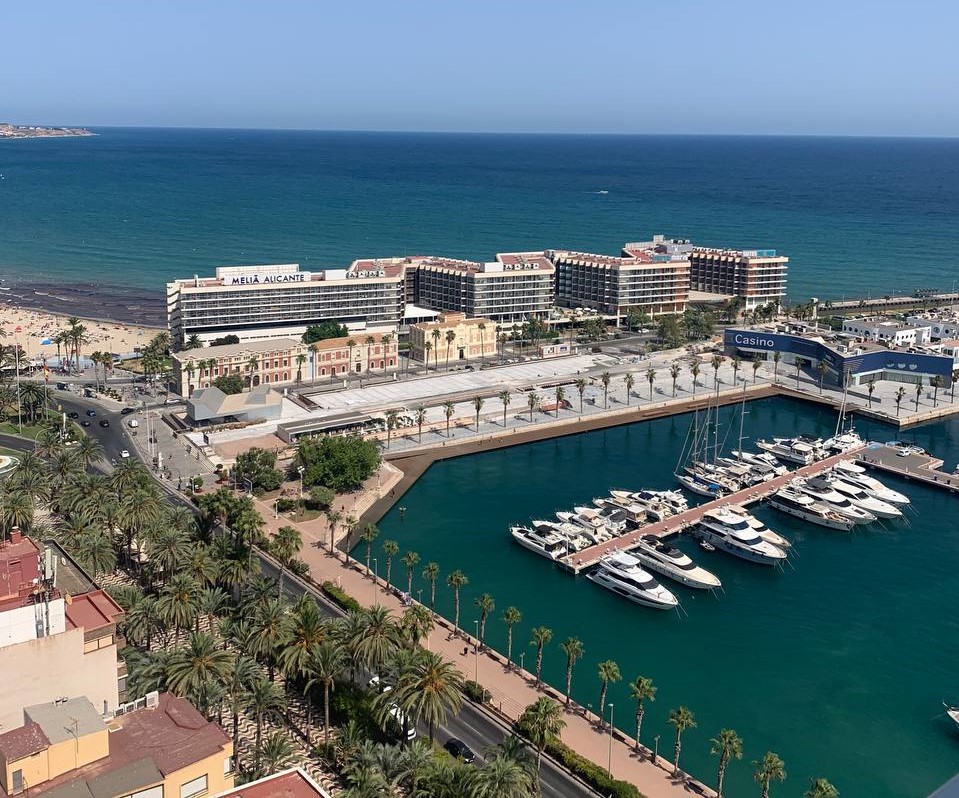